The Danish M/1867 bayonet was made in Germany, in Solingen, by different manufacturers to accompany the, at the time, newly acquired Remington Rolling Block Riffle.

In the aftermath of the devastating defeat against the Germans in 1864 the Danish army needed urgent modernisation. Politicians had believed the old equipment that secured the "victory" in the war of 1848-50 against Prussia and the insurgents of Holstein had been sufficient to secure the southern border and the Duchies of Slesvig and Holstein yet again. But the Danish muskets and artillery proved fatally outdated against the more modern Prussian army - and the combined might of the Prussian and Austrian forces. Although stiff resistance was put up, the weapons in the Danish arsenal could not compete with the range, accuracy and rate of fire the combined enemy forces could muster.

As a consequence one of the many new acquisitions for the Danish army post 1864 was a breech loading riffle - the US Remington Rolling Block. 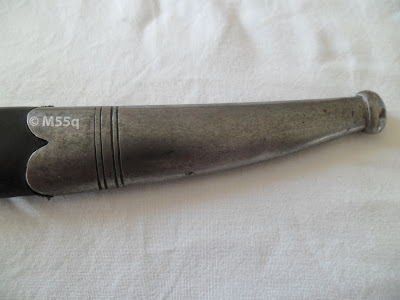 Metal fittings on the scabbard is made of steel. In Danish the fittings are called: "dupskoen" (the bottom part). The top part is called "mundblik". 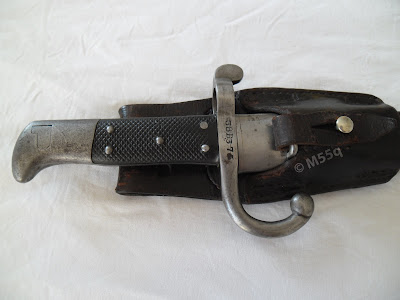 The bayonet is of the second pattern produced post 1884 - 1885.
In 1885 they decided the press button in the locking mechanism should be made of steel. 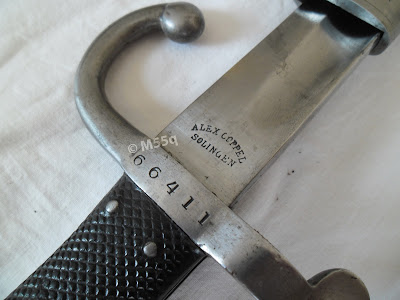 Serial number and makers mark. This particular bayonet is made by the company Alex Coppel. A quick google search should be able to give you a short company history. 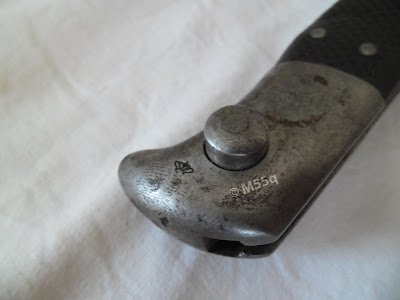 Crown stamp next to the locking mechanism. 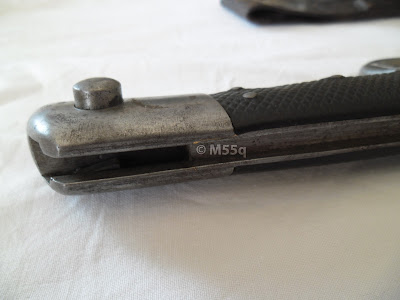 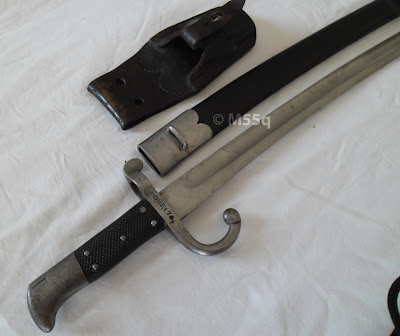 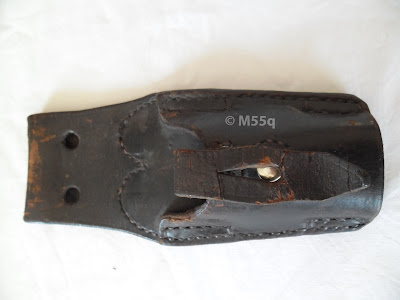 The holes in the carrier is for a corresponding button on the belt. 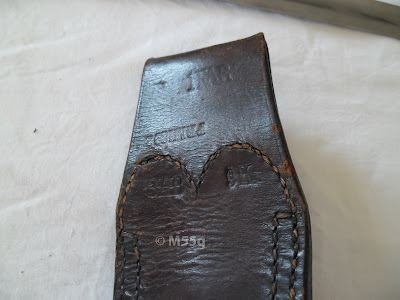