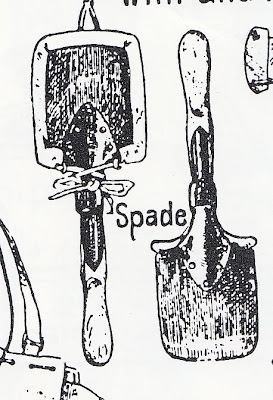 
The Linnemann entrenching tool is one of the most noticeable entrenching tools of the 20th century. Used by Denmark, Germany, Russia, Austria, France, Britain (For a very short period of time) Norway and a lot of other countries, there is hundreds of hundreds of pictures on the internet, in books, in films and even on paintings... But there is written very little about this export success.

It is actually a Danish invention. Invented by the Danish army officer Mads Johan Buch Linnemann, (1830-89) He graduated as officer on October 26. 1849, and he fought in the 1864 war, were he fought on Als as a company commander.
At the front he invented a spade, capable of a lot of things. It could be used as a saw, a frying pan, knife and finally as an entrenching tool. He was promoted to captain in 1867, and in 1869 his invention was patented, and the spade (a lot more simplified) was introduced in the Danish army as the Fodfolksspade M.1870.
But only in limited numbers: 256 entrenching tools pr. Battalion = Every third man received one.
He travelled in 1871 to Vienna where he began manufacturing an Austrian version. The Russians ordered 60.000 pieces and gave him 30.000 Rubles in exchange for the 60.000 shovels.
The Rumanian's used it in the 1877-78 war, with good feedback.

The Danish army raised the number of entrenching tools pr. Battalion to 360 in 1879. The rest of the soldiers were equipped with a combination tool - Axe / pick-axe.

The shovel was used in WWI and WWII and in other small wars on the continent, as well as in the European colonies. Some soldiers loved it, and others hated it, but it remained a commercial success.
In Denmark it was replaced by the British patt. '08 entrenching tool and the US-M1943 shovel post war.


Armies that used the shovel or a copy modelled after the Linnemann patent(incomplete list):


My very own Linnemann tool is the Danish version. Unfortunately it didn't come with the leather entrenching-tool carrier. They are often missing, but was more or less identical to the one used with the German army.
The condition is of the shovel is "fair" when you consider its age, and that it has been used for all sorts of things for the past 100 years.
------------------------------------ 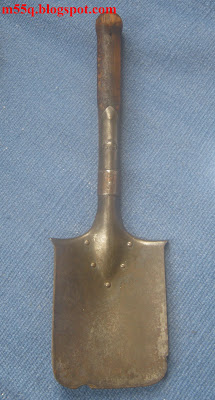 The front of the spade. 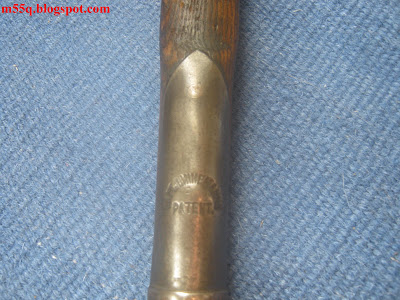 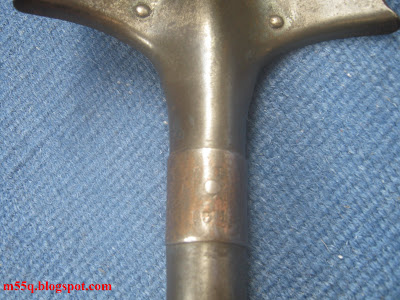 The back of the spade. Note that the two metal pieces are riveted firmly in place. 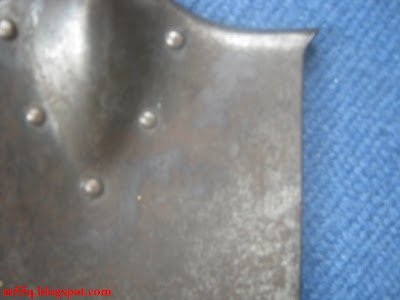 Comment section is open for anyone, including anonymous users.
But please give us an alias or some sort of name to identify you with.